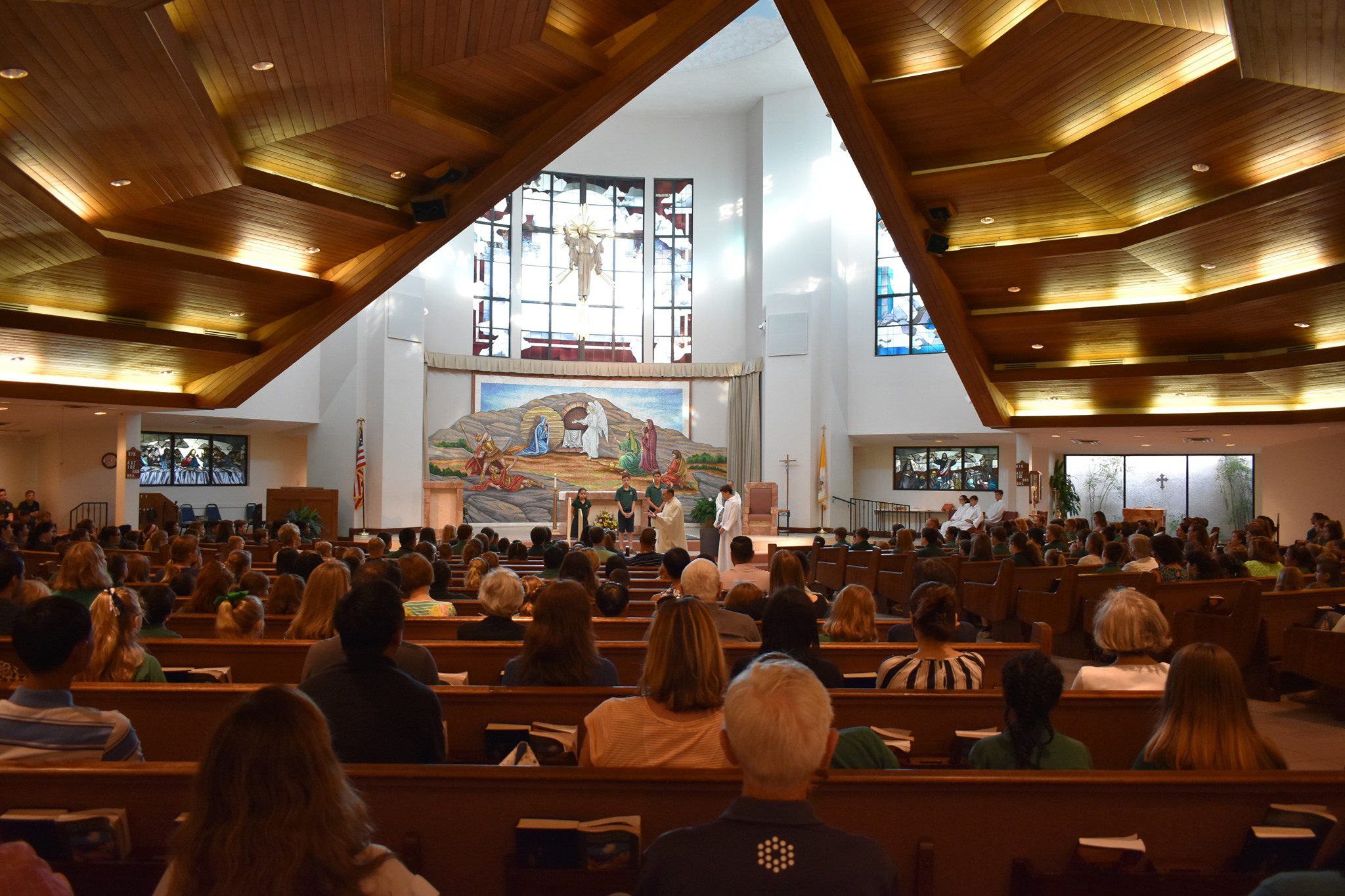 San José is one of the parishes established by the far-sighted Archbishop Joseph Hurley who recognized the potential for growth between downtown Jacksonville and Mandarin.

The new community was established in 1959 with a congregation meeting for Mass in the gym of the Bolles School.  Before long, nearly 300 families were attending Sunday Masses in the school’s gym.

On June 29, 1959 San Jose Catholic was formally established as a parish with

In 1961, with the arrival of the Sisters of Mercy from Ireland, San Jose Catholic School welcomed its first students.  The school has been flourishing and expanding over the years and now includes:

In 1968, new construction continued on the parish property with the building of the Shrine of the Holy Family.  The shrine was completed in late 1968 and the first Mass was celebrated on the outdoor altar on Thanksgiving Day.  The next addition to San Jose Parish was the Cultural Center which was completed in 1974.

Monsignor John Lenihan, who was appointed pastor in 1977, continued to foster the growing community of San Jose Parish.  Under his direction, the school was expanded and later a new Spanish style church was constructed and dedicated on November 9, 1990.

Father Greg Fay, as a previous pastor and visionary, provided a renewed sense of parish family and fostered continued growth of families and ministries to serve the needs of the diverse cultural community of San Jose Parish.  In order to serve the spiritual needs of all, Fr. Fay arranged for Masses to be celebrated in Albanian, Burmese, English, and Spanish.

To serve the needs of approximately 1500 families, a new Parish Center was completed in 2009 which provided much needed office space and meeting facilities for various parish ministries.

Bishop Felipe Estevez accepted the retirement request from Fr. Greg Fay and on July 1, 2019 appointed Fr. Remek Blaszkowski (seen on the picture) to lead San Jose Parish. Later, was joined by Fr. Rodolfo Godinez (seen on the pitcure – left side)